Barneveld, New York – A local environmental group is expressing concerns about the pending state regulatory approval of a proposed management plan for the Black River Wild Forest, located in northern Herkimer and Oneida counties. Adirondack Wilderness Advocates (AWA) is stating that the plan for new trails and parking facilities likely does not conform with State Land Master Plan guidance, and that more information must be provided to the public before the Adirondack Park Agency (APA) can approve the proposals. The agency’s board is scheduled to discuss the document when it convenes in Ray Brook, NY, on June 7, 2018.

“The issue hinges on the definition of a ‘road’ on state land,” said Bill Ingersoll, a cofounder of AWA. “For years the state has been assuming that anything used in the past by wheeled vehicles is a road, but a recent ruling handed down by the New York State Supreme Court has set a much higher standard, and this really changes the way we must look at the Black River area.”

Straddling the towns of Forestport, Ohio, and Webb, the Black River Wild Forest consists of 125,601 acres of Forest Preserve, including many miles of access roads, hiking trails, and snowmobile trails. The Department of Environmental Conservation (DEC) wants to convert some of those snowmobile trails into community connectors, which would entail widening and grading the routes for a higher volume of traffic. State policy requires such connectors to be sited on or near automobile roads to protect the wildness of the interior areas.

“This area has lots of old roads,” said Ingersoll, who has been frequenting the Black River Wild Forest since 1997. “But the decision handed down by Justice Gerald Connolly in Protect the Adirondacks! v. NYS DEC, et al. in 2017 provided a clear legal distinction between a ‘road’ and a ‘trail,’ namely that a road is not a road unless it has a crown, ditching, room for two cars to pass, and an artificial surface.

“It seems doubtful that these features ever existed on many of the backcountry routes that DEC wants to use,” Ingersoll added, “considering that the core of this Wild Forest had already been added to the forever-wild Forest Preserve by 1900.”

Ingersoll stated his group doesn’t dispute that snowmobiling is a popular activity on these public lands. “However,” he insisted, “APA and DEC cannot gloss over the conformance issues the Connolly decision raises. The onus is on the state to perform a more thorough analysis of the origin of these old trails, to ensure this management plan is done correctly, for the benefit of everyone.”

Adirondack Wilderness Advocates was formed to “promote the knowledge, enjoyment, expansion, and protection of the Adirondack Park’s wildest places.” More information about AWA can be found on the organization’s website, https://www.adirondackwilderness.org/ 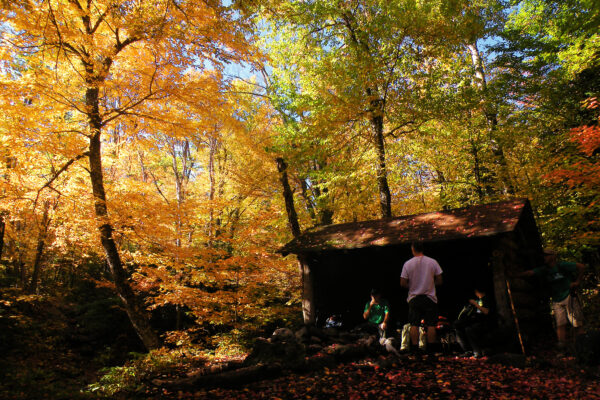 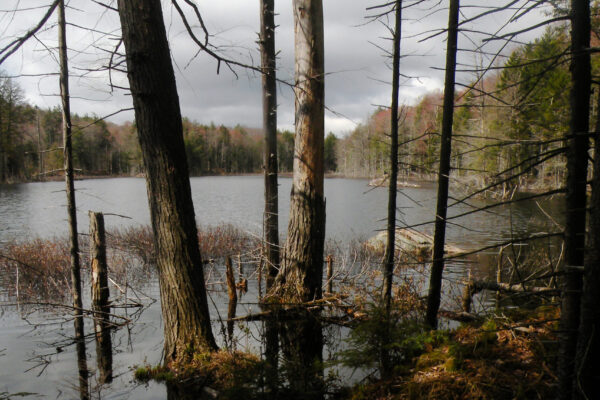 Cotton Lake: The Wilderness No One Knows