It is satisfying to look back at historical fulcrums and say, “Right there. That’s the moment that changed everything.” From Caesar crossing the Rubicon to start the Roman Civil War, to Dr. King’s March on Washington leading to the Civil Rights Act, “this caused that” is a useful mnemonic. Succinct, clean, and true; who has time to delve into minutiae? It’s easier to remember one cause and one effect. But surely we’re glossing over some meaningful details. This historical shorthand feels too simple, and quite intimidating to emulate.

Are you saying I have to set felonious fire to a galleon full of tea in order to get the government to listen?, Jesse asked the history text book. Jeepers.

There must be more to these stories; more people, more events, more action. An explanation was opined by the late historian Howard Zinn. “If people could see,” Zinn wrote, “that change comes about as a result of millions of tiny acts that seem totally insignificant, well then, they wouldn’t hesitate to take those tiny acts.” The Boston Tea Party wasn’t the act. Rather, American colonists had been drying the tinder of revolution for years beforehand. Abuses by the British Red Coats added up. The frustration of taxation without representation bubbled and roiled. Millions of tiny acts–each individually insignificant–built upon one another, setting the stage for the Tea Party. We might only know specifics about the final act, but it’s important that we’re aware of the preceding acts, the simple acts that we can emulate.

This history is alright, thought the attractive, intelligent reader, But surely you submitted it to the wrong editor, Jesse. Right?

I hear you, smart stuff; let’s talk Boreas Ponds. Securing a wilderness classification for the Boreas Ponds will be an amazing accomplishment, and perhaps you’re waiting for the seminal event to occur. But if you’re to learn from history, I implore you: act, don’t wait. The moment will happen, and I will rejoice with you when it does. But in order to summit that mountain, we need more tiny acts to build upon.

Snowflakes. Very delicate. But look what they do when they come together. -Mike Roden, Jesse’s varsity baseball assistant coach

One letter to your elected representative might be easy for them to ignore, a single snowflake to melt away. But what about 10, 20, 100 letters? Brushing off the car every morning gets old quickly, no? What about 1882 letters, carried overnight through the wilderness and delivered to your doorstep, a blustering flurry of public opinion? While Tyler Socash led by amazing example on his hike to the Adirondack Park Agency meeting on November 16, even he would tell you: the significance of that hike was predicated on 1882 “tiny acts” of letter writing carried out by individuals just like you.

And the APA hears us! At the November 16th meeting, the APA Board Members were clearly moved as Tyler spoke about his previous 24 hours, of the many sights along his 48-mile journey. He spoke of beauty and fragility and of the intangible value that wild lands have. Tyler also spoke of the 1882 voices he carried with him, nearly 20 pounds of paper letters. At the end of the meeting, Board Members specifically discussed how this grassroots act moved them, that they hear us, that they understand just how important it is for them to consider a Wilderness classification.

The Boreas Wilderness movement is traveling in the right direction, but if you want a full wilderness classification, we need tiny acts to keep it going. So as winter descends on the Adirondacks and the APA continues to consider the Boreas Ponds classification, don’t wait for the blizzard to just happen. Add your snowflake to the storm.

Jesse Cramer
Jesse grew up in rural Red Creek, NY, and is a lifelong visitor of the exquisite Adirondack outdoors. He enjoys hiking, canoeing, and wildlife viewing. He currently lives in Rochester, NY.
Previous Post
Reasons Not to Open Boreas Ponds to Motorized Access
Next Post
Reaction to the Adirondack Park Agency’s Plan for Boreas Ponds

Forty-Six: On the Occasion of the 2021 Presidential Inauguration 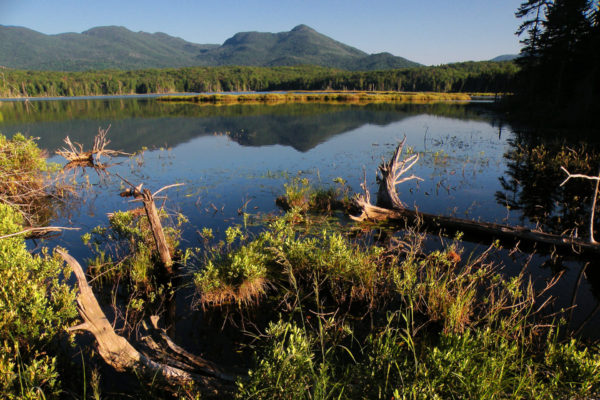 The Case for a Wild Boreas