I hold the lighter to the rim of the stove, and a flame leaps to life. It is faintly blue at first, and then dingy yellow-orange as it bursts up above the windscreen. For a few seconds it is a bright little blaze, lighting up the front of the tent and my little makeshift kitchen.

Just as it withers into a small and sputtering flame, about to go out, I twist the nozzle a quarter turn to release more fuel. The stove is hissing now. The fuel line leads over the burner, where the heat from the pilot flame vaporizes the liquid into gas. The fire jumps back to life, rejuvenated, just as bright as before and reaching just as high. But this time when it subsides, with the liquid burned away, it becomes a steady blue flame with a soft but steady roar, like a distant waterfall.

I lift the pot of water and set it on the burner, nestling it within the enfolding windscreen of crumpled aluminum. With the light of the fire gone, the campsite is now dark again except for the pallid white light of my headlamp.

I am sitting on the front edge of the tent, my book put away for the moment while I wait. This is not the first cup of coffee I’ve brewed, nor do I expect it to be my last—I am only two-thirds through the novel. I can smell the grounds beside me, a robust flavor of hazelnut and Arabica that I swear is itself more addictive than the caffeine. It is a sensual pleasure as fine as balsam fir and fresh air—may I never have to go through life without any of them.

The sky is alight with stars, and across the pond the quarter moon is angled downward, like a plane coming in for a landing. Real planes, marked by flashing colored lights, move in silence on slow traverses from one horizon to the next.

I don’t want the water to boil—I just want it hot. After a few minutes, I see the bubbles on the bottom of the pot are getting bigger, lining up and merging with one another. They look like fish eyes with glassy stares. I turn the stove off, and the blue flame fades and sputters into darkness. I lift the pot and carefully pour the contents through the filter into my mug. The grounds float upward inside the filter in a frothy mud. I set the pot back on the stove, and then cover the mug.

It will take four minutes for the coffee to steep.

I stand up. My thermometer is dangling from a nearby branch. It’s down to seventeen degrees, but I doubt the temperature is done dropping yet. The pond still had open water when we arrived this afternoon, but even before the sun went down ice was crystallizing rapidly across its surface. It will be completely frozen by morning. It might be so already, but even in the moonlight it’s hard to tell.

I step around the shore, inserting my boots into the posthole footprints I made earlier in the snow. I don’t expect to be out here long, so I didn’t bother to tie the laces. They flop loosely around my ankles. Just around the corner of the pond the view is better, or at least it was in the daylight. You could see down its length. Blue Ridge, the mountain to the east whose frosty slopes I had been admiring all day long, is gone now—not really gone but lost in the darkness.

For now my universe is composed of the pond, the trees, and the clear night sky. It is not a bad place to be. The stars are faint, but numerous. When the moon sets in a few hours, they will seem brighter. But one star to the east is unusually bright—it shimmers in the certainty of its own existence. It can’t be a star at all, but a planet.

The trees are silent, arranged in regimental ranks around the oblong pond. In the modest warmth of the daylight, snow had been slipping from their branches in heavy drops onto the ground. It occurs to me now that this has not happened in hours; it’s too cold, everything is frozen, there is no thawing anywhere. The trees still carry much of the snow that was dropped on them a few days ago. Underneath the largest pine—a squat old stalwart who has no doubt endured a few more November nights than I have—is the tent, my stove, and my coffee. I check my watch. One more minute.

Listen—is that a pack of coyotes I hear? Somewhere to the south, I can’t tell where. Deep in the woods—there, Lexie hears it too. I heard her collar when she lifted her head. Coyotes for sure, several of them, spread out across the hillside. It sounds like laughter heard from all the way across a quiet restaurant, the raucous and overbearing response to a joke I couldn’t hear. They don’t realize their voices are carrying, or that we are even here at all.

The difference is that if this was a restaurant, I might be put off by such obnoxious behavior by self-involved strangers. But here I have just the opposite response. There’s a definite exuberance in their yips and yowls, a love for life even on a seventeen-degree night. I can relate. I wish I knew what the joke was, so I could laugh too.

Like all laughter, theirs fades away in a moment, leaving me in silence again beside the dark pond and beneath the stars. Coyotes are the voice of the forest the way loons are the voice of the lakes. It’s hard to believe anyone would kill one. People used to shoot loons, too, believing they were killing too many fish or something.

I turn back towards the tent. I see two brilliant specks of light reflecting the light of my headlamp—Lexie’s eyes, watching me return. I pull the filter out of the mug and set it aside. The coffee is black and fragrant. Above the tent, the snowy spruce trees seem to be glowing in the moonlight—highlighted by it. Without the snow, they’d be silhouettes, shadows lacking form and substance.

I ease myself into the tent, pull off my boots, and set the mug down somewhere it will hopefully last a moment or two without spilling. Lexie is half under the covers, her head sticking out. I zip up the tent flap, sealing us off from the open air. It’s cold inside and out. We have two sleeping bags this weekend, hopefully enough to keep us warm through the night. I worm my way inside them myself, then make sure we are both covered. One sleeping bag is nested inside the other. Lexie is curled up, her nose and paws huddled together, quite warm here under the covers. She couldn’t be happier with these sleeping arrangements.

I pull my pillow closer to me, prop it under my arm, pick up the book, and open it where I left off. The coffee mug is at my right hand. I take a sip and begin to read.

Bill Ingersoll
Bill Ingersoll is one of the co-founders of Adirondack Wilderness Advocates and now serves as its board chair.
Previous Post
Truth About Age, Ability, Access and Wilderness
Next Post
South Pond 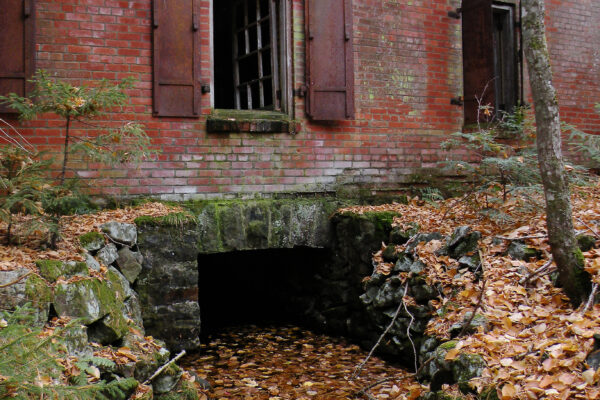 Wilderness in the Presence of History 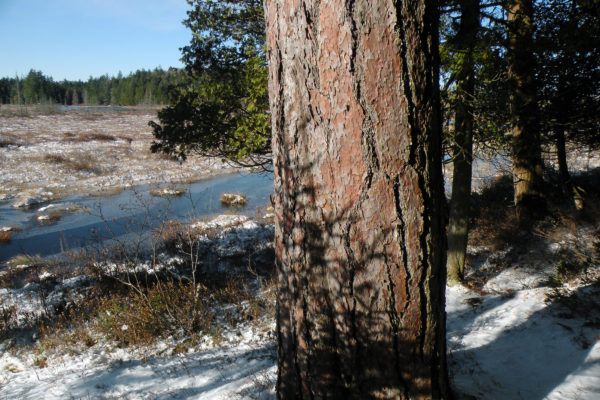