One of the issues AWA is working on is dispersal: the strategy of redirecting hikers from busier to lesser-used trailheads. We started with an informal survey sent to our supporters, to help us gain additional perspective on hikers’ views of dispersal. We learned quite a bit from the responses, and now we are working to incorporate a more formal investigation of dispersal as a part of coming adaptive management projects in the Adirondack Park. We wanted to share what we have done so far, what we have learned, and where we are going next.

The DEC has promoted dispersal as a Forest Preserve management technique, especially in the High Peaks. To varying degrees, local and county governments and private organizations have expressed support for it as well. But as I wrote in my first post on dispersal, it’s being employed as a strategy without anyone really knowing if it’s a good idea or how best to go about it. Growing evidence suggests that dispersal is worse for the ecological integrity of a wild area than concentrating use at a few sites and providing the infrastructure to support heavier use at those sites. But the effects have not been quantified to any significant degree. We also know very little about what hikers think about dispersal, how they react to it, and therefore how effective it can be as a management strategy.

Measuring the impacts of dispersal is ultimately a job for biologists, ecologists and social scientists, but we wanted to understand some of the visitor issues better so that we could help promote the study of dispersal as part of our advocacy for piloting adaptive management projects in the Park. Adaptive management, recommended by the State of New York High Peaks Advisory Group (HPAG), of which we were a part, is an iterative approach to wilderness and visitor management that uses science and data to drive a cycle of measuring, learning and adapting to changing conditions. Dispersal is exactly the kind of tool that can be best understood using an adaptive management approach.

We wanted to begin by promoting a more robust discussion of the social science, or “visitor” part of dispersal. Our Board has not taken an official position on dispersal, so we turned to you, our supporters, to gain some perspective. Last Spring we posted a short survey to gather your opinions. The survey was not scientific, but it did allow us to sample a range of opinions and ideas. There were some interesting trends that will help us point any social science effort in a specific direction. We were gratified by the number of responses – more than 80 – and even more gratified by the quality of responses, which took the questions seriously and were often very thoughtful. Our thanks go to those of you how took it and gave us so much food for thought.

The short version of what we learned is summarized by the answers to the last question: Overall, do you support dispersal to lesser-used trailheads as a strategy to reduce pressure at busy trailheads in the High Peaks? Responses supporting dispersal outnumbered the “no’s” nearly two-to-one – but of those, more than half were qualified yesses, along the lines of “I’d support dispersal if it were done well.” Two qualifiers that signified “done well” were the most popular by far: adequate parking and adequate education. In fact, parking and education were repeatedly mentioned throughout the survey.

The second question was also telling. It asked: Which of the following reasons would motivate you to hike a lesser-used trail instead of the busy trail you planned to hike?

The question allowed multiple choices, but only two of exceeded 50%: remoteness/solitude and parking. The popularity of remoteness/solitude was expected and gratifying, as expansion of remoteness and solitude is a core value in AWA’s mission. But it’s complicated. For one thing, the effect of dispersal on remoteness and solitude is a double-edged sword. More than one respondent pointed out that dispersal marginally increases solitude at the dispersed trailhead, but decreases it at target trailheads. This argues for self-selection, allowing hikers to pick and disperse to trailheads they know will offer solitude. But that comes with the caveat that hikers who don’t know the trails in a given region will likely not know what to reliably select.

More important, remoteness and solitude are highly subjective concepts and thus difficult to measure or correlate. How do we know when solitude is lost? How do we know when it is achieved? “Remoteness” can be somewhat quantified (although it’s fraught), but how do we accommodate different opinions of what “solitude” means? These are questions that deserve much more exploration.

Question four asked: If you had planned to hike one of the 46 High Peaks and none of the suggested lesser-used options was a High Peak, would that be a deal-breaker? That split 50% – 30% towards deal breaker, with 20% saying it depends. But 3 out of every 4 respondents who said it was a deal breaker qualified their answer with some version of “it depends,” and most of those qualifications related to the personal circumstances of the hike, not the fact that the alternative was not a High Peak. If we count qualified answers in the “It depends” category, then only around 40% of respondents said it was a flat deal-breaker. That result suggests the same thing as the results of surveys the DEC and Adirondack Council did three summers ago: 46er-peak-bagging may not be as definitive a driver as has been assumed.

Finally, question five got an overwhelmingly positive response. It asked: If there was an available parking area and shuttle that could take you to lesser-used trailheads, with service every half-hour from 5 AM to midnight, would that increase your willingness to choose a lesser-used trailhead? More than 70% of respondents said yes. For a small survey that’s a very strong indicator of support for shuttles: even considering the statistical margin of error for this question (8% with a 90% confidence level, for you stats hounds), it’s a strong majority. We’ll be pushing this issue with the State.

In summary, our survey showed support for a dispersal strategy, with that support depending primarily upon four factors. The first three factors – adequate parking, timely education and effective shuttle service – feature in the HPAG recommendations and are reasonably well understood, if not agreed to.

However, the fourth factor – remoteness and solitude – is at once of paramount importance and extremely challenging to quantify. A combination of tradition, accepted definitions of Wilderness and wording in the State Land Master Plan give us material to establish some baselines. But to better understand solitude especially, we need social science. Consequently, we plan to incorporate an examination of solitude into one or more of the adaptive management projects in which we are participating. We will be working to add content on remoteness and solitude to the project plans, both in and of themselves and in the context of dispersal.

This is not about abstract research, but rather a better understanding of issues that have a real effect on visitors’ wilderness experience. A good example of this this arose in AWA’s recommendation on a community connector trail passing the Blue Ridge Wilderness. Consider the route of a snowmobile trail: is it better to route the trail within a highway corridor, thus avoiding an impact on Forest Preserve lands, or is better to route the trail in Wild Forest where the noise impact on the Blue Ridge Wilderness would be substantially reduced? That entails an unmistakable question about the relationship between noise and solitude.

AWA is dedicated to expanding opportunities for remoteness and solitude in the Adirondack Park. The strategy of dispersing hikers has a direct impact on that mission, so we will continue our work to gain a better understanding of both solitude and dispersal. The better we understand these ideas, the better we can advocate for our interests, offer concrete proposals and defend the Adirondack Wilderness. We’ll be reporting on the progress of our projects as we go, and sharing what we learn.

And as always, we are grateful for the input and passion of our supporters.

Pete Nelson
Pete is a teacher, writer, essayist and activist whose work has appeared in a variety of Adirondack publications, and regularly in the Adirondack Almanack.
Previous Post
Leading the Way on Adaptive Management
Next Post
The Era of Referendum and Recall 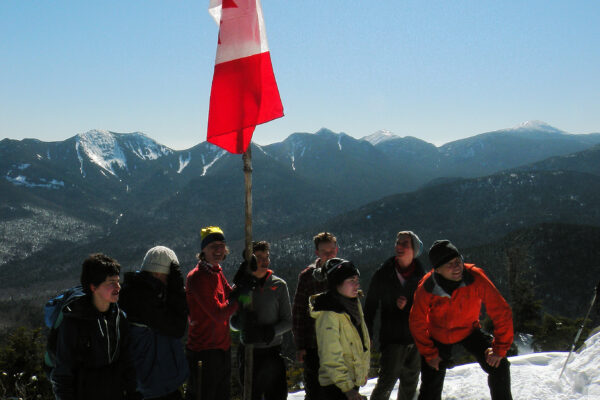 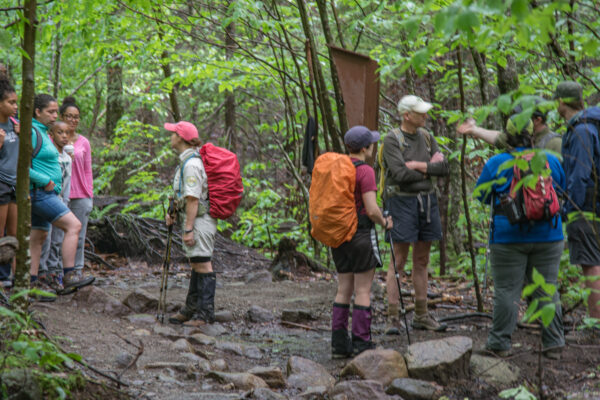 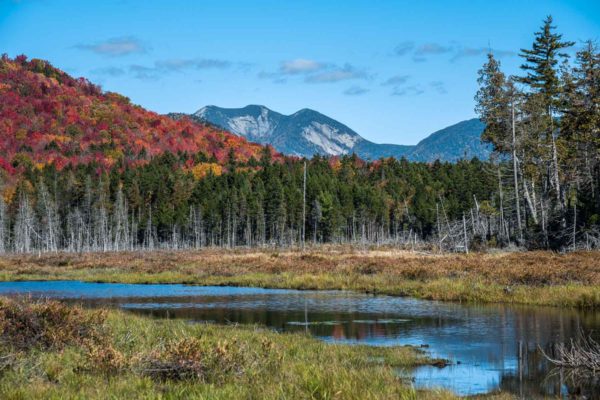