This organization began as a citizen’s campaign. When other, more established groups seemed all too willing to trade concessions on wilderness for what seemed like mere tidbits of political credibility, we saw a need to step forward and demonstrate what wilderness advocacy truly is. While we didn’t get everything we wanted, it was clear we had made an impression that year, so after that original “crisis” passed we decided to formally incorporate and see what else we could do.

The concept of “forever wild” has been central to the Adirondack story since 1894, the year these two words were voted into New York State’s constitution in the form of Article VII, Section 7 (now known as Article XIV). This does not mean that every man, woman, and child bought fully into the concept on the very first day; indeed, challenges to “forever wild” arose almost immediately.

Advocacy for the Forest Preserve began as a citizen’s avocation, such as when people like John S. Apperson took on the issue of squatters on Lake George’s state-owned islands in the years after World War I. In the first few decades of the Preserve’s existence, many people were not convinced the concept could ever grow legs. “Forever wild” sounded nice to the aesthetes, perhaps, but it had no practical application in a real world driven by an economy with an insatiable appetite for pulp and wood. Such people assumed its repeal was inevitable.

Apperson’s genius was to demonstrate the appeal the Forest Preserve held for the general public, not just the wealthy landowning elite. He even helped defeat the influential Robert Moses’s attempt to gain a beachhead in the Adirondack Park via the so-called “Closed Cabin Amendment,” which would have allowed more questionable forms of recreational development on otherwise forever-wild lands. If you are thankful today that the Adirondacks survive as the wilderness park we know it to be, and not the outdoor honkytonk we call Niagara Falls, then direct your appreciation to the amateur advocate John Apperson. But remember this work was his life’s passion, not his source of income.

One successful career begets another. Inspired by a chance meeting with Bob Marshall on the summit of Mount Marcy, and informed by Apperson’s mentorship, a young forest-addicted Paul Schaefer matured into one of the Adirondack’s most forceful voices for the Forest Preserve by mid-century. Although his primary job was running his Schenectady-based construction business, he found time to spearhead campaigns that ultimately defeated two(!) dam proposals on the wild Moose River, and later a third on the Hudson River near the hamlet of Indian Lake. Anyone who wonders what the Adirondack landscape might’ve looked like had Schaefer never appeared on the scene merely has to look at a map of the Catskill Park, with its network of fenced-off reservoirs.

People Matter in the Adirondacks

The point of this history lesson is to demonstrate that people matter when it comes to protecting our wild landscapes. In fact, this theme has been central to our story. Adirondack Wilderness Advocates began in 2016 with a public campaign centered upon the spectacular Boreas Ponds Tract. That effort – which swung a tremendous amount of public support with just a minimal budget – earned us the Paul Schaefer Wilderness Award in 2017. The physical emblem of that award is an aerial photo taken by Carl Heilman II of the Boreas Ponds (which are now mostly protected as part of the High Peaks Wilderness), and it still hangs proudly in my hallway. I see it every day, and it reminds me of what people can accomplish when interests and priorities are aligned.

It has always been my intention that AWA would include significant opportunities for public engagement. The reality, though, is that not every year provides an issue ripe for such opportunities, at least not to any vigorous degree.

I am ever on the lookout for a topic on which we might be able to take an original – and hopefully significant – stand that shapes the Adirondack Park in a way that will be noticeable for years to come. Some of those candidates revolve around potential land acquisition projects, of which several have been in the news these last couple years. In some respects, 2020 was a nerve-wracking twelve months for reasons completely unrelated to pandemics and national politics. Specifically, I refer to the announcement that the remainder of Whitney Park was placed on the market – but at a price so ridiculously high that land conservancies refused to dignify it with a response.

More recently has come the news that New York has been negotiating with The Nature Conservancy over the future of the Follensby Pond Tract. The early reports are disturbing: the Conservancy doubts the state can manage the tract in the way that it wants, and the state might be inclined to agree.

Land acquisition projects are not usually a topic in which the public participates; in a typical situation, a willing seller negotiates with representatives for the state, and either they come to an agreement or they do not. For the last half-century, the public’s input hasn’t been considered until the time comes to classify the land in accordance with the State Land Master Plan.

Maybe this time is different, though. Perhaps this is the time when people need to remind Albany that “forever wild” matters to the average person, from Peekskill to Poughkeepsie, from Utica to Union Falls. The question at the moment is whether the State of New York still has faith in “forever wild,” its proudest contribution to the story of wilderness preservation – whether we believe in our own ability to successfully pass a wild landscape from one generation to the next.

I sense that the public’s anxiety about the fate of places like Whitney Park and Follensby Pond remains high. Despite the seemingly endless series of blockbuster land deals that proliferated from 1997 through 2008, there appears to be a very real risk that these two significant tracts might permanently slip our grasp.

Making the Call for Follensby

Perhaps it will be a futile effort, but is there anything we can do to sway Albany’s thinking about Follensby? Of the two tracts, this is the one that is currently the subject of confidential negotiations. Exactly what is being negotiated, no one outside the room knows, but there seems to be one existential question at stake: the ability of Article XIV to preserve true wildness.

My hunch is that a significant portion of the outdoor-minded public would prefer to see Follensby Pond added to the Forest Preserve. The people negotiating its future right now are not going to ask our opinions, of course – but what would happen if we made them known anyway?

This is the thinking behind our latest campaign: let’s fill Governor Kathy Hochul’s phone banks with calls of support for the Forest Preserve. It’s a simple thing to do, taking no more than a minute of one’s time. We must let our new governor know that making Follensby Pond “forever wild” is our preferred outcome – that the tract has been locked up long enough, and we don’t want to use public funds to lock it away even longer in the form of a conservation easement.

We have no clear idea how far along these confidential negotiations are, but we have to assume that time is of the essence if we want to influence Albany’s thinking. Therefore I invite you to explore our background information on this topic – and if you agree with our position, take action!

The Adirondacks exist today as a wilderness park because prior citizen advocates did just that: they took action. Imagine today’s landscape had they done nothing, and then consider what might happen if we now do nothing ourselves. I do think we need to speak up and give voice to our collective desire to protect Follensby as “forever wild,” and the time to do so is today.

Bill Ingersoll
Bill Ingersoll is one of the co-founders of Adirondack Wilderness Advocates and now serves as its board chair.
Previous Post
Have a Little Faith in the Forest Preserve
Next Post
The Road to Tongue Mountain 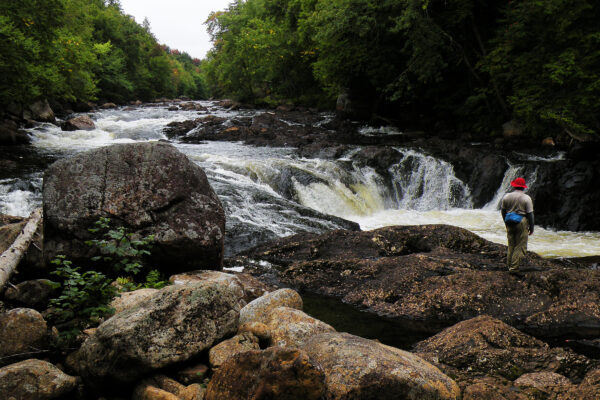 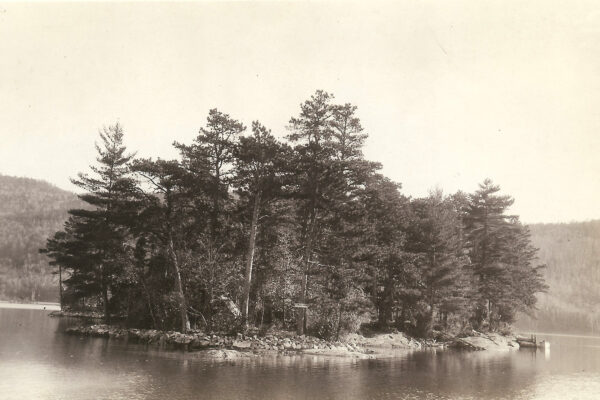